Mick Kolassa – If You Can’t Be Good, Be Good At It! 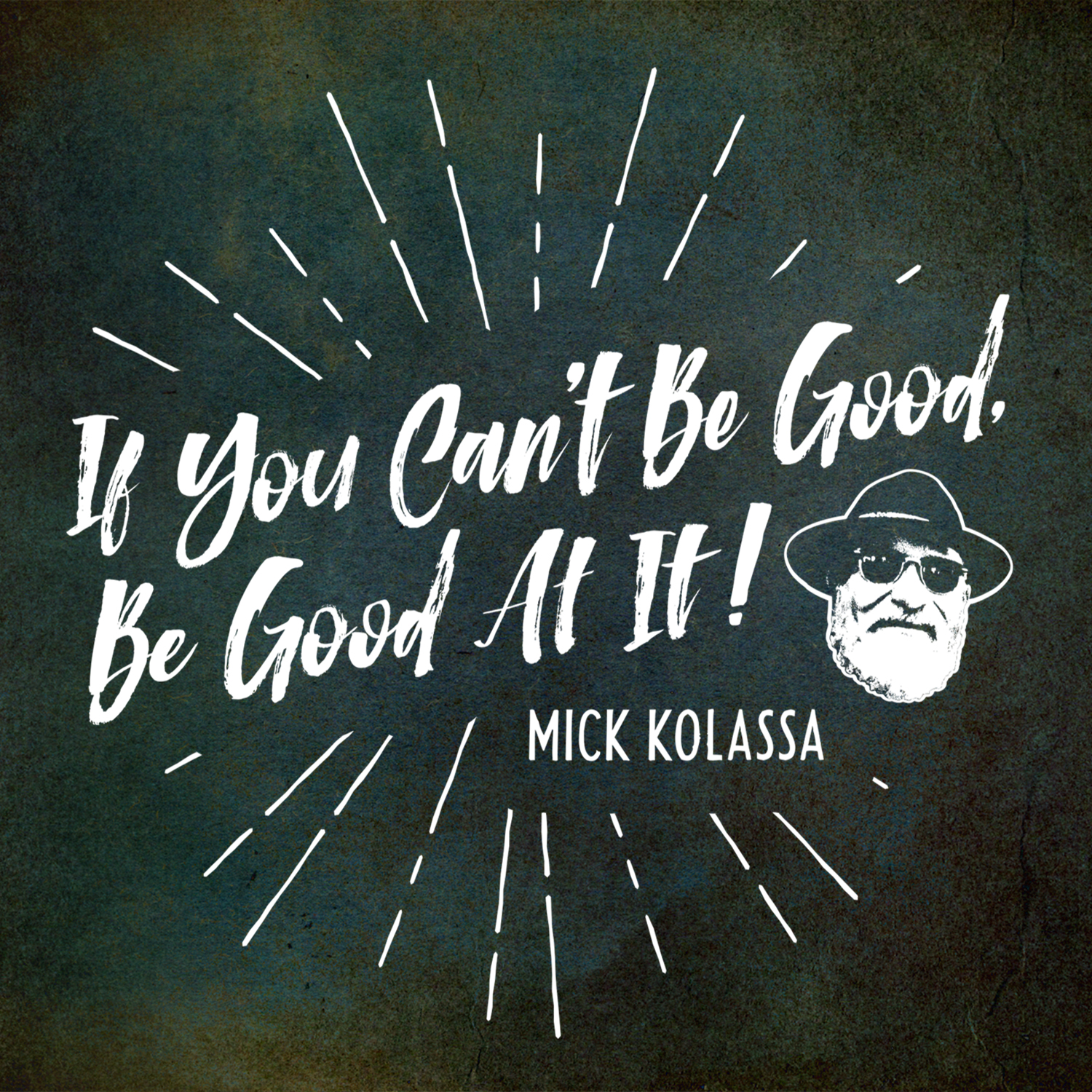 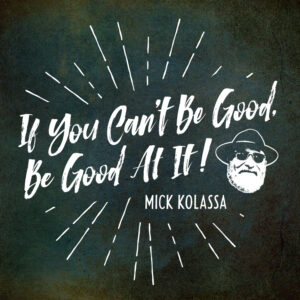 Mick Kolassa and Jeff Jensen have teamed up again to produce Mick’s best album yet!  Together they have assembled a heaping helping of Mick’ Free Range Blues. Recording this album in the middle of the Covid-19 pandemic was a challenge, but the guys pulled it off! Bringing together a group of musical friends, a group that only Memphis and the surrounding areas can provide, they’ve assembled a diverse collection of songs that are sure to please.

The album opens with “I Can’t Help Myself”, an R&B love song that is Memphis through and through.  That’s followed by Mick’s “uncover” of James Taylor’s “Lo and Behold”, which starts out with angels singing then brings down fire and brimstone! The third track is the album’s title track: “If You Can’t Be Good, Be Good At It”, a phrase Mick often uses at the end of a conversation – inspiration comes from many places.

Track #4 is a powerful slow blues in a minor key: “Good Day For The Blues”, a song about everything going wrong. Next is “I’ve Seen”, in which Mick sings about what he has seen and what he most wants to see!  In “We Gotta” Mick invites his lady friend to chase the stars and close down bars – soon! Living in the heart of the Mid-South, Mick has developed an appreciation for the region’s favorite beverage, “Sweet Tea”, so, of course, he wrote a song about it!

“Slow and Easy Love” is another slow minor key blues song that is quite popular with the ladies at Mick’s live shows – or at least they were when those were a thing!  Mick wrote “Good Night Irene” (no, not that one) for a friend who is a DJ from Down Under.

“Who’s Been Talking” is a classic Howlin’ Wolf song, written by Chester Burnett himself. To record this Mick invited a very special friend – Blues Brother Willie “Too Big” Hall, to play drums – what a treat!

The album closes with “She Kept Her Head Up”, a song he wrote for and about his daughter, Kassi, and her battle with breast cancer.  It isn’t blues, but that doesn’t matter!

This album is meant to be fun and sad, to take you up and down – and back up, and to give you plenty of reasons to go back and listen a few more times.