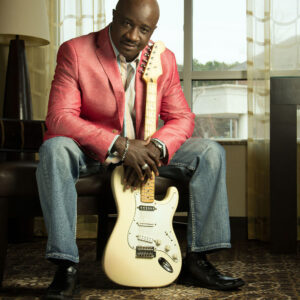 Dexter Allen, born in Crystal Springs, MS. the son of musical Pastors Lee and Ruthie Allen, was raised on a farm and grew up understanding that life can still be wholesome with only the bare necessities. Dexter began playing the bass guitar at the age of 12 for his father’s gospel group traveling around the central Mississippi area. His sweet blend of Blues, R&B, Soul and Funk landed him a deal in 1995 when he teamed up with Airtight Records, a local independent label, to share his musical and writing talents. He caught the eye of living blues legend Bobby Rush who made him the lead guitarist in his worldwide touring band. Dexter’s unique style landed him the 2008 Jackson, Mississippi Music Award for Male Vocalist of the year. Earlier in 2008,he put out his first CD where he plays guitar, bass, keyboards and sings. In 2009 he won the Mississippi Music Awards Entertainer of the Year honor. In 2011 Dexter released his 2nd CD titled “Bluezin for Life”, going back to his roots with a host of deep Mississippi blues originals. In 2013 Dexter was cast in the James Brown movie “Get On Up” where he played one of Mr. Brown’s musicians. Over the years Dexter has developed a passionate, driving guitar style in the vein of Buddy Guy, Muddy Waters, Eric Clapton and Jimmy Page. In 2014 Dexter was signed to Deep Rush Records, the label of icon Bobby Rush, where he released the CD titled “Bluez Of My Soul” that made many chart appearances worldwide. In 2015 Dexter released another CD on the Deep Rush label titled “Trilogy Of My Blues” which continues to sell worldwide and delight fans all across the globe. His live show at the Ground Zero Blues Club takes a page out of a classic old blues show, carrying on a custom that traces back to 1920s Delta pioneer Charley Patton: good, old-fashioned showmanship that makes people want to be in Dexter’s presence. 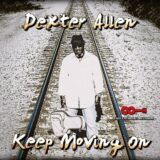