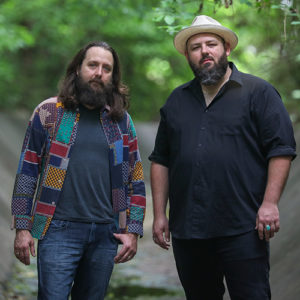 Tennessee Redemption is a hard band to put in a box: Steeped in blues, raised on rock’n’roll, inspired by soul, baptized by gospel, and open minded as jazz; this band is an evolution in the personal artistry of its members.

Brandon Santini and Jeff Jensen musically grew up on Beale Street in Memphis, TN.  Clocking a combined total of almost 1,000 concerts on Beale, just about 400 of them together at such famous clubs as Rum Boogie Cafe, Mr. Handy’s Blues Hall, Wet Willie’s, B.B. King’s Blues Club and more.  Brandon and Jeff also toured around the USA and Canada together from 2011-2013 under the name Brandon Santini & His Band (BSB).  In 2012, Bill Ruffino was brought to Memphis from Los Angeles to play bass full time for BSB.  The three of them joined by Memphis’ own James Cunningham (Drums) and Chris Stephenson (Organ) recorded Brandon Santini’s “This Time Another Year” (Produced by Santini and Jensen).  That album earned a Blues Music Award nomination for “Contemporary Album of the Year” as well as Santini earning a nomination for Harmonica of the Year (2012).  Right after that the same band cut “Road Worn and Ragged”(2013), Jeff Jensen’s solo career re-launch album.

In the summer of 2013 Santini and Jensen split up to explore solo careers in which both blues men have enjoyed ample success on an international level.  In 2015, Jeff Jensen released his acclaimed “Morose Elephant” album.  That release would lead to extensive success and touring throughout Europe and The United States.  That same year Santini released a live album “Live and Extended!” featuring Santini’s new full time guitarist Timo Arthur.  In 2016, Jensen released a live album as well entitled “River City Sessions”.  David Green joined Jeff Jensen Band(JJB) in late 2015 after performing on and off with both BSB and JJB since a chance encounter in Birmingham, AL in 2011.

In 2017, Brandon and Jeff decided to accept a handful of exclusive festival offers for them to perform together.  With David Green on drums, Bill Ruffino on bass, Timo Arthur on guitar, the group was billed as The Santini-Jensen Project (SJP).  This launched the inspiration to take it to the next level.  But that would have to wait as Jeff Jensen would be touring in support of his 2018 lyrically significant “Wisdom & Decay” and Brandon Santini prepared to release his most successful album to date; “The Longshot”(2019) which debuted on the Billboard Blues Charts at #7.  That album continues to receive rave reviews globally.

The friendship and respect for one another continued to grow during their years apart and the 2017 SJP concerts truly launched the need to write and perform together on a more serious basis. So after years of talking about it Brandon, Jeff, Timo, Bill and Dave formally established Tennessee Redemption in 2019.  A name that means a lot to them since most of the band members found some sort of personal redemption while living in Memphis, TN.

Tennessee Redemption’s debut album, which is simply self-titled, features 8 original songs as well as interpretations of Tom Waits’ “Come On Up To The House,” and  Little Walter’s “Watch Yourself,” totally reimagined.  The diverse yet focused album introduces a solid collaborative collection of songs between Santini and Jensen.  The album leads off with the soulful “Glad To Be,” a reflection of the boys’ time on Beale Street. The album then weaves it’s way through a solid assortment of contemporary blues and roots-rock tunes such as the undeniably Memphis sounding, “We Got A Thing Going On,” a James Cotton meets Al Green romper.   Then it’s on to the band’s anthem, the pure southern rock driven “Back To Tennessee.”  “Souls In The Water,” is pure flowing Mississippi-Memphis-Roots-Soul.  The depth of Tennessee Redemption’s songwriting is prominently displayed on the darker “Leave My Body” and the highly emotional acoustic “Going To Mexico.”

Tennessee Redemption is a band that is committed to creating and performing real American roots music without boundaries or boxes.  Prolific harmonica from Santini, both clean and melodic or big and driven to wild blues based almost jazz-rock guitar antics of Jeff Jensen all on top of the very creative rhythm section of melodic bassist Bill Ruffino, powerhouse and ultra musical David Green on drums and the creatively diverse Timo Arthur on guitar, this band just wants to write and play music that connects with people; something both Brandon and Jeff are very proud of. 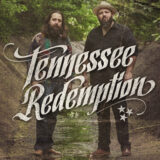