They Call Me Uncle Mick! 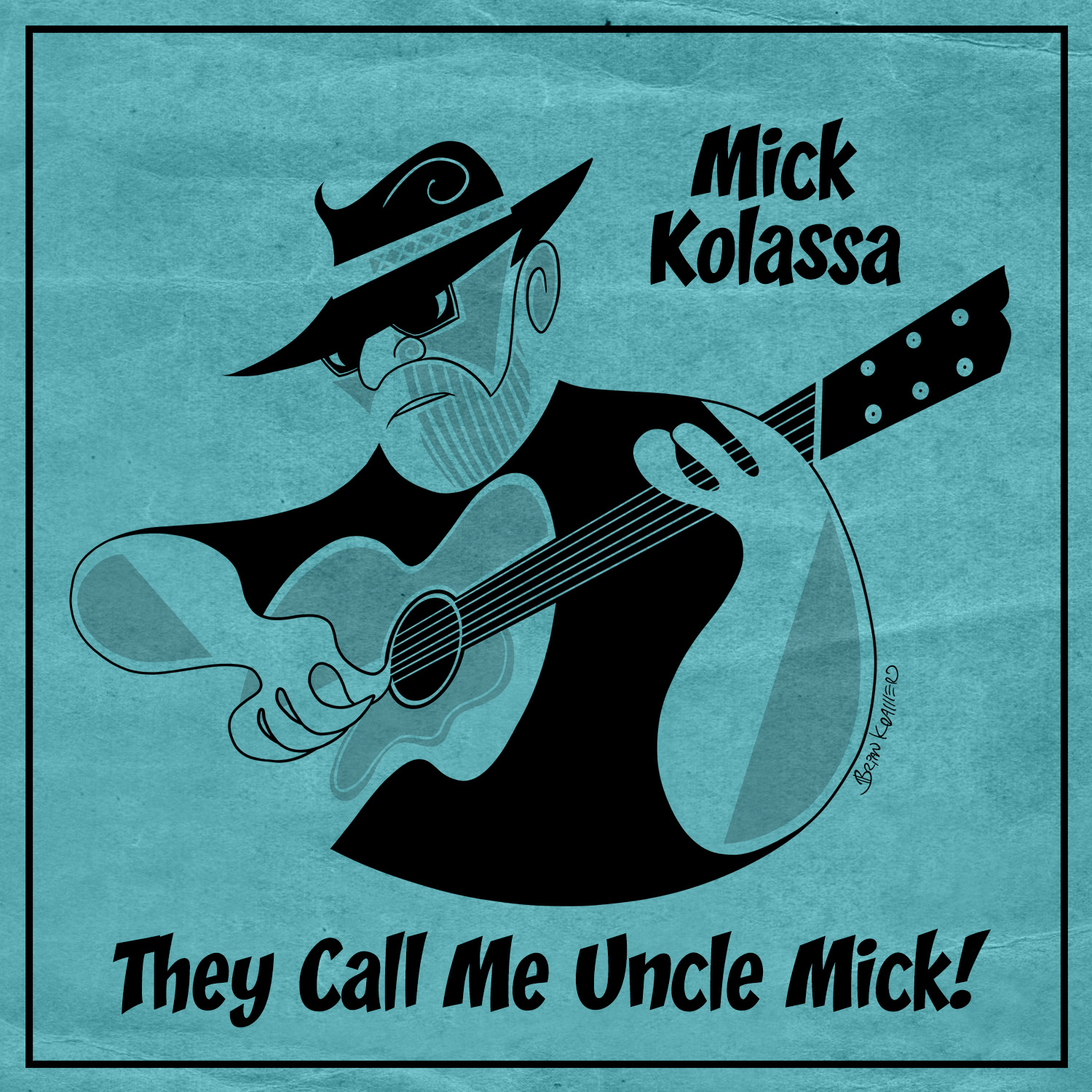 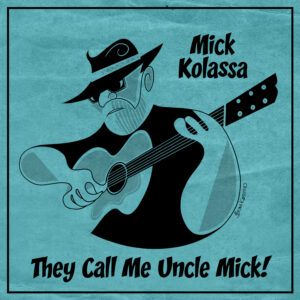 With this album Mick Kolassa has once again returned to his acoustic roots. No amplified instruments were used on any track, making this album purely acoustic. Once again working with producing partner Jeff Jensen, they have assembled a true Free Range Blues experience! Opening with Bo Carter’s 1931 gem “My Pencil Won’t Write No More” Mick let’s everyone know that this album is about fun! The second track is a remake of Mick’s song “Wasted Youth”, this acoustic version features the one and only Bobby Rush on harmonica. The great John Prine’s “Daddy’s Little Pumpkin” is next, followed by Mick’s “Used to Be” which features Doug McLeod on guitar.

Continuing Mick’s hobby of “uncovering” songs that fit well into a blues form, Hank William’s “I’m So Lonesome I Could Cry” is presented in a very different way. Doug McLeod also played on Mick’s original “My Woman She’s So Mean” – a song about a very troubled and troubling lady. Next, he is joined by the one and only Watermelon Slim as they celebrate a very bluesy version of Joni Mitchell’s “Woodstock” – a song they’ve played together often.

Mick’s song “Why?” asks a critical question of an overly critical friend. The old standard “Sunny Side of the Street” lightens the mood, and the lightness continues with Mick’s song “Bless His Heart” – which is build around the classic southern put down. The album closes with Mick’s homage to cheese – of all kinds.

← Mick Kolassa – I’m Just Getting Started!
For the Feral Heart →