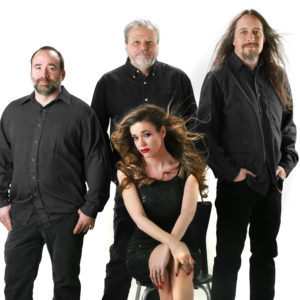 Sister Lucille features the wedded duo of Kimberly Dill and Jamie Holdren. When they got together their musical worlds collided in a fusion of Country, rock and blues.

Alive encompasses the entire band’s influences in American roots music, which include; Blues, Country, Rock, Soul and Funk. Sister Lucille has put together a strong and playful set of fresh blues rockers with a little help from some Memphis friends.

The vocals on Alive were produced by Memphian Reba Russell who also sang background vocals, it was mixed by the Grammy Award Winner Jim Scott who produced Tedeschi Trucks Revelator and mastered by Grammy Award winner Richard Dodd.

Alive draws its title from Kimberly’s years long battle with her health and her emergence as a healthy woman at the end. It’s a celebration of victory and a look forward toward a bright future.

The opening track is the funky and soulful “Won’t Give It”, which is Kim’s take on the often less than honest world of dating – both face to face and online. It begins with Jamie’s driving guitar laying out the feel of the song and is soon joined by Kimberly flatly telling her suitor “NO”.  The second track, “Alive”, which gives the album it’s title, was written by Kimberly as a love song to the beauty of California, which helped her to deal with a serious illness that defied diagnosis for over a year. There is a bittersweet feel to the song as Kimberly sings of beauty and happiness while the guitar’s restraint seems more mournful than celebratory. “See My Baby” is a rocking number that shows off Jamie’s chops with a slide cigar box guitar while telling the age-old story of a lost love.  “Devil’s Eyes” is a New Orleans influenced gypsy jazz tune that takes you straight to Bourbon Street. Kimberly’s vocals help you start to envision the Lady of the Night, the dark haired beauty with a devilish gleam in her striking blue eyes.

“Wanna Love You” is a song about desire and longing that takes you straight the streets of Harlem in the 1970’s.  Here again, Jamie displays some blazing hot guitar and Kimberly cuts loose with her vocals expressing her feelings for her lover.  “99 Pounds” is a classic song by Ann Peebles, and Sister Lucille performs it as an anthem and homage to Memphis, using Ann’s backing band’s horn section to help deliver the real thing.  “Respect Your Woman” is the female perspective on the back-door man, letting her main man know what it takes to keep the back-door man away. Endless Blues label mate Eric Hughes’ harp brings just the right feeling to this blues tune.

“Fussing and Fighting” is a rocking number about how social media has acted to divide the country and our need to get along again. Jamie’s guitar shines on this tune weaving in and out between the lines. “Think About You” is a passionate duet between past lovers reflecting on their lives only to realize they both regret not staying together. On this song Kimberly is joined by Mark “Muleman” Massey on Vocals.

Etta James’ classic “W-O-M-A-N”, is delivered with the love and respect it deserves as Kim and the band deliver a sexy and fun rendition. “Lost”, the final track, is a heartfelt song about the suffering and loss we see every day, brought on by senseless violence.  This song the band calls “reality blues”. 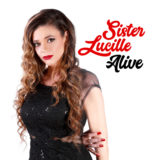